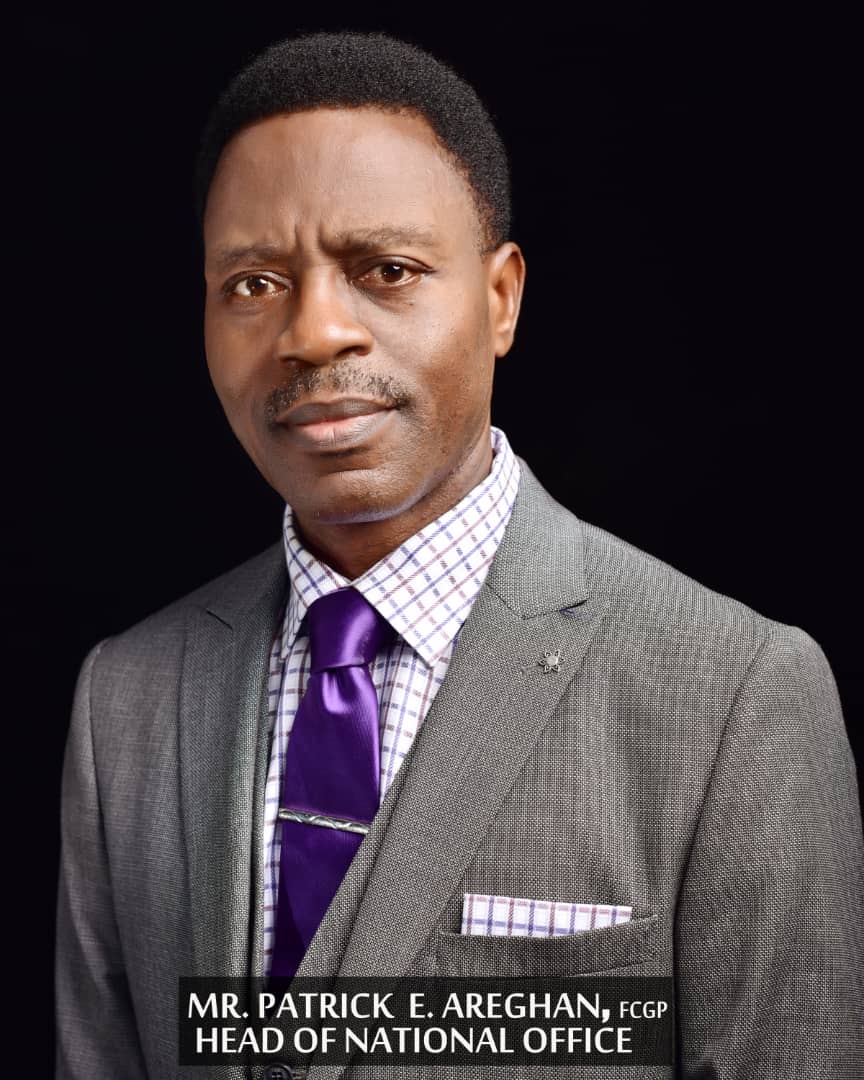 Mr. Patrick Ehidiamen Areghan was born on October 1, 1963 at Egbele, Uromi, Esan North East Local Government Area, Edo State. He attended Egbele Primary School, Uromi from 1968 to 1973, where he obtained his First School Leaving Certificate. He obtained his WASC/SC O’Level in 1978 from Esan Grammar School, Uromi where he had his secondary school education from 1973 to 1978.

His passion for education led him to obtain a Post Graduate Diploma in Education from the University of Benin in 1989. He obtained a Masters Degree (M. Sc) in Peace Studies and Conflict Resolution from the National Open University of Nigeria (NOUN) in 2015.

His professional career began between 1984 and early 1989 when he sought and gained employment as a Secondary School Teacher after he completed his National Youth Service Programme in 1984.

He joined the services of the West African Examinations Council (WAEC), Nigeria as an Assistant Registrar II in October, 1989. He rose through the ranks to become a Senior Deputy Registrar in April, 2018.

He has within this space of time, traversed the nooks and crannies of the country, serving in various examination and administrative capacities, thus:

Mr. Patrick Ehidiamen Areghan’s Strengths lie in teamwork, mentoring, risk management, innovation and transparency. He is a Fellow of the Corporate Governance Professionals of Nigeria.

He has also attended many training courses and conferences within and outside Nigeria and has presented several papers at some of those conferences as well as at other fora.

Mr. Areghan is a Christian and is married with children.